How Coaching Skills Banished Anxiety For One Man

You may be interested in knowing how NLP coaching skills banished anxiety for a young man especially if you have a son or daughter. Read on to hear coach Ronda tell about this very personal experience …

I’m about to tell you of a young man, who I’ll call Michael to protect his privacy, and who lived through his teens suffering from anxiety. Anxiety so bad he could not be asked a question in class at school because it would make him vomit.

From the age of 14 until 21, when I met him, he had seen every professional from medical doctors, psychologists, psychiatrists, and taking every type of medication to help rid the anxiety he felt daily.

They even had to instruct Michaels teachers to never to ask this boy a question, and he got through school one day at a time. And you can just imagine how very limited his social life was becoming and at an age that it is most important to be social as well.

During the holiday season at young Michael’s place of work, his boss was holding a holiday function where all employees were to receive a gift from under the tree.

Each employee was to draw a name from a hat and call out the name so their teammate would receive a present. When it was Michael’s turn to draw a name … well, the very thought of standing in front of the group was enough to send him flying out of the room to vomit.

The boss went to check on him, and when he found out what had happened, he told Michael about Life Potential Developments, NLP Coaching and the process of Neuro Linguistic Programming.

“You need to talk to Ronda or Bob,” he told Michael, “I know they can help you.”

Challenge With The First Step

Michael, now being 21 and living at home, went home and told his parents what his boss had told him.

Michaels challenge at this point was to get up the nerve to call. Because he knew as soon as the first question was asked he would vomit.

His father took over and called on his son’s behalf, and I talked to him about the situation at great length. As you can imagine his father was grilling me since he had already taken his son to so many professionals.

I made a suggestion that would help with the situation and ease his mind. I told the father to bring his son over to our location where he could ask me questions and his son could just listen.

Then Michael could decide if he wanted to be coached by either myself or Bob after the meeting.

Sharing Leads To A New Beginning

When Michael’s mother and father came over, they asked a lot of questions, specifically on how we could help their son.

During the conversation, I shared how I too used to suffer from anxiety and how I almost passed out just having people look at me … I didn’t even need to have anyone ask me a question.

As the experiences were shared, I noticed Michael paying very close attention. I suggested he could let his parent know if he wanted to work with either myself or Bob and that neither would be offended by whatever decision he made.

My coaching room, at the time, was in the lower level of my home with a bathroom just steps away.

I told him I would make sure he is looked after during the sessions with me as I would put a garbage bucket next to him and with the bathroom so close he felt it would be okay.

Michael booked two coaching sessions with me each consisting of 3 hours over two consecutive days. He wanted this issue changed as soon as possible. I’m sure you can understand his urgency.

The first afternoon I found the real root cause of his problem. It didn’t start at 14 as all the other professionals thought, but at 10 when something happened at school that left him feeling bad about himself.

The situation at 14 was like compounded interest, one nasty event adding to the first, and then he shut down completely.

I did a process with him called Re-imprinting to transform the past incident by changing his belief about himself and get a totally different perspective. 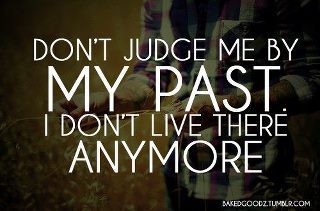 He couldn’t believe how different he felt and stated so as he smiled walking out that day. He said he was really looking forward to tomorrow’s session.

The next session was all about building confidence and helping Michael establish goals that would propel him forward in life.

You see Michael volunteered at the fire department and his biggest dream was to go to firefighting school and become a professional firefighter, but his problem held him back since he feared the ‘questions’.

I used an NLP process we call Collapsing Anchors to blow out the remainder of the issue.

Michael told me he was feeling pumped, and his animated behavior was proof.  He even said how surprised he was by his own feelings, excitedly explaining that he knew things have changed.  Now he knew his life was going to be different.

At the end of the session, he thanked me from the bottom of his heart and gave me a big hug.

Follow-up – What Happened to Michael

When I called to follow-up with Michael, he was out with his friends. His mother answered the phone and excitedly started telling me how much he had changed. Adding that the surprising part was that it happened so quickly.

She started by telling me that immediately after the first session his energy was upbeat. She and her husband both felt they had their son back. They could see the joyfulness that their son lost had returned and was gushing out of him.

I sent Michael an email telling him that I had called and he could get back to me when he got a chance.

Months past before I got an email from Michael. He wanted to thank me for giving him his life back and knew I would understand not hearing from him since he had a lot of life to catch up on.

Laughing he said now it’s time to fulfill my dream and I want you to know I enrolled in firefighting school and they have me teaching a few segment classes for the school!  Can you imagine Ronda, me a teacher?

Ah, yes I can imagine that very clearly Michael and what a wonderful teacher you will be. After all, you have so much compassion for helping others; others will want to learn from you.

The Change Lives On In His Words

Years have passed, and still, on occasion, someone will call me for coaching and tell me they got my name from Michael.  He shares his story openly telling others that my coaching skills banished anxiety.

He then refers others to me if they show they have the desire to change their lives for the better.

Help Others By Sharing

How To Be A Life Coach: 3 Easy Steps To Start Successfully!

Which Parent Did You Marry?

Break-thru Coach, International NLP Trainer, Columnist and Author of How To Heal from criticism, insults, abuse & rejection. Ronda helps her clients remove growth barriers to achieving success in all areas of their lives. For a free consultation call Ronda today to change your life!

When Disaster Hits: How To Deal With Fear?
NLP Changes Procrastination – Language of the Poor!
Applying NLP in the bedroom – Who is the boss in bed?
Back Pain Causes – Which Emotions Amplify Yours?
Low Self-Esteem – What causes it?